I am not a Healthcare Provider
Glossary >
respiratory-failure

Respiratory failure is a life-threatening condition in which the oxygen supply to the body is insufficient, or the body cannot eliminate carbon dioxide from the body. It is usually caused by a lung or heart condition and can be either acute (short-term) or chronic (long-term).

Assessment: Assessment for respiratory failure typically begins with a physical examination, including taking vital signs such as pulse, blood pressure, and respiratory rate. A physical exam may also include listening to the patient’s chest for any signs of abnormal breathing or murmurs. Tests such as a chest X-ray, CT scan, or echocardiogram may also be used to assess the patient’s condition.

Symptoms: The symptoms of respiratory failure can vary depending on the underlying cause. Common symptoms include shortness of breath, labored breathing, fatigue, confusion, and rapid heart rate. In severe cases, the patient may experience cyanosis (blue skin discoloration due to lack of oxygen) and low blood pressure.

First Aid: If you suspect someone is experiencing respiratory failure, it is important to take immediate action. Call 911 and move the person to a comfortable position, such as sitting upright in a chair. Loosen any restrictive clothing, and apply oxygen or a breathing device if available. Monitor vital signs and provide reassurance.

Treatment: Treatment for respiratory failure depends on the underlying cause. Generally, the goal of treatment is to increase oxygen levels in the body and reduce carbon dioxide levels. This may involve administering oxygen, mechanical ventilators, or medications.

Medication: Medications to treat respiratory failure include bronchodilators, corticosteroids, antibiotics, diuretics, and oxygen. Bronchodilators, such as albuterol, relax the airways and increase airflow. Corticosteroids reduce inflammation and help to open the airways. Antibiotics are used to treat infections that may be causing respiratory failure. Diuretics help reduce fluid buildup in the lungs. Oxygen is often given to help increase oxygen levels in the blood. 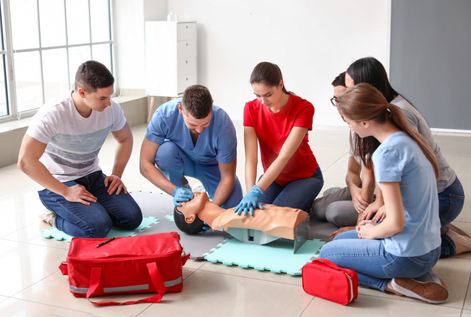