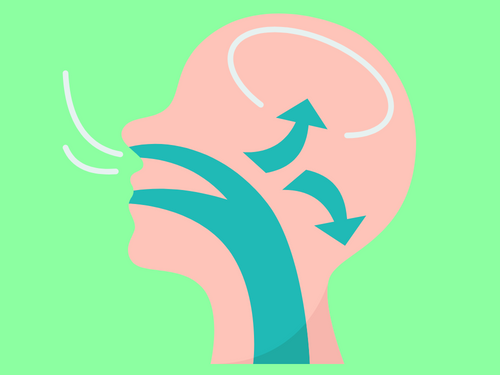 Importance of Rescue Breathing In CPR

A vital component of CPR is Rescue breathing and may be part of your upcoming CPR certification or CPR course. Rescue breathing, however, can be daunting to some. It is commonly known as “mouth-to-mouth resuscitation,” It has typically been part of every CPR class. It requires class participants to go mouth to mouth on a cardiac arrest victim and breathe into their mouth while ensuring a clear airway. Most current guidelines recommend that rescuers perform two rescue breaths for every 30 corresponding chest compressions.

What is Rescue Breathing?

Also known as mouth to mouth breathing, rescue breathing is a form of artificial ventilation. It is the act of stimulating respiration in which a rescuer presses their mouth against that of the victim and blows air (rescue breath) into the victim’s lungs. Read on to learn the importance of rescue breathing.

When is Rescue Breathing needed?

In cardiac arrest, a victim’s heart can stop beating, and they may stop breathing. By utilizing rescue breathing, the air can immediately be sent to the victim, keeping them alive while waiting on the first respondents to arrive.

If a victim didn’t fall to the ground in front of you and you discover them already in a state of cardiac arrest with no idea how long they’ve been in this state, they likely need the rescue breathing. The likelihood of blood being more depleted of oxygen increases the survival chances of patients suffering from cardiac arrest.

How to do Rescue Breathing

Here’s a step by step instruction on how to do rescue breathing technique:

1. Open the victim’s airway by placing your hand on their forehead, then gently tilt their head back. Next, use the fingers of your other hand to carefully lift their chin upward.

2. Pinch the person’s nostrils closed to prevent air from escaping through their nose.

3. Cover the victim’s mouth with yours, forming a seal so that air doesn’t escape.

4. Give rescue breaths by breathing into their mouth gently. A rescue breath should last about 1 second, and check to see if the chest rises.

5. Continue giving rescue breaths until the normal breathing is restored or until emergency medical services arrive.

How does rescue breathing differ from CPR?

Why is Rescue Breathing still taught in CPR Certification?

Rescue breathing is still a part of more detailed or comprehensive CPR training classes, particularly those directed at healthcare professionals. There is a valid reason for this; the rescue breaths are still the ideal mode of treatment for professionals to administer, even if bystanders are uncomfortable. This is still the treatment administered for cardiac arrest victims in hospitals. There are also specific instances where hands-only CPR (chest compressions only CPR) is essential- situations like a respiratory failure (drowning, choking, severe asthma attacks, drug OD, and other trauma). Again, the blood will be low in oxygen, and only using hands-only CPR would be pushing blood severely lacking oxygen around the patient’s body.

There have been updates to research as recent as 2010 which questioned the effectiveness of rescue breathing, particularly in situations where a mere bystander is delivering the CPR. It was found that rescue breathing by the layperson didn’t increase or improve the victim’s chance of survival. The bystanders simply feel uncomfortable putting their mouths on a stranger’s mouth to deliver the rescue breaths. Professionals have been trained to do this with a barrier mask, and naturally, most bystanders coming upon an emergency do not have such masks on their person as protection. There have also been confidence issues- bystanders not feeling confident administering CPR, and when they perform it, it was not done correctly in many cases.

These findings have meant that CPR training programs nowadays are increasingly teaching compressions only CPR or uninterrupted chest compressions that are easier to perform and don’t require the previously taught technique of mouth to mouth breathing. Instead, these new training programs for CPR teach that rescuers only have to push hard and fast in the center of the chest delivering compressions, to the tune of a song with the right kind of beat, “Staying Alive,” until emergency medical help arrives. As a result, this CPR technique is much more readily embraced by students taking CPR certification classes and can mean the difference between life and death.

Why do we only give two rescue breaths in CPR?

By blowing into the victim’s mouth, you are topping up the oxygen levels in their blood. The oxygen you give them helps to keep the vital organs alive.

Yes. Rescue Breathing works, especially when a lack of oxygen was the original cause of cardiac arrest.

Is It Safe to Perform Assisted Ventilation?

Because of the COVID-19, people are concerned about giving rescue breaths. One way to prevent transmission is through a bag valve mask found in most first aid kits. Additionally, hands-on CPR is a viable, life-saving option for most victims and minimizes spread.

In a nutshell, rescue breathing is not the same as CPR. Instead, it’s a type of first aid that’s used if a victim has stopped breathing. Rescue breaths provide the victim with oxygen until emergency medical help arrives. In addition, Knowing the difference between rescue breathing and chest compressions is an essential part of any CPR/AED training and certification to be sure to understand which technique needs to be part of your upcoming classes. 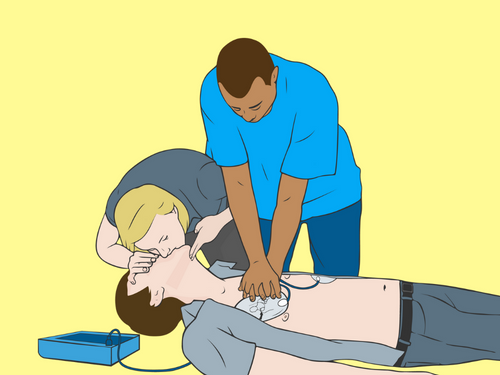 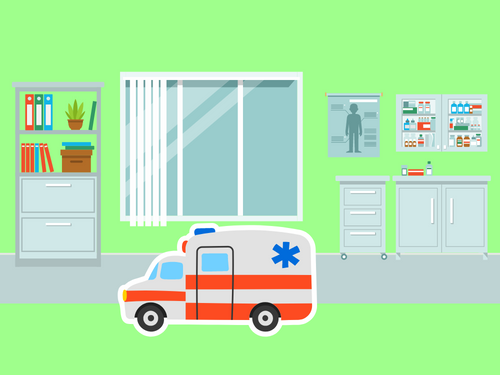 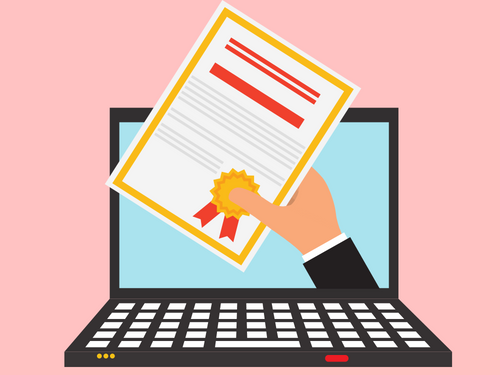 Online CPR Certification: Why it is Important?
August 17,2022 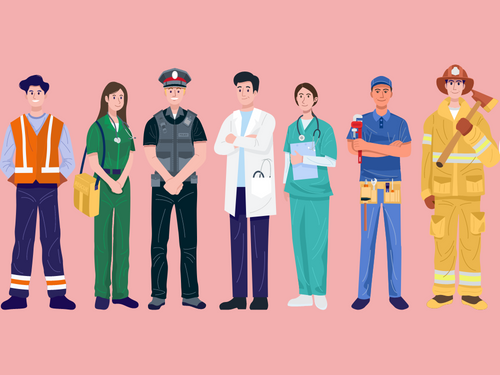